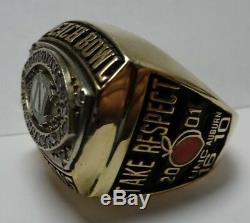 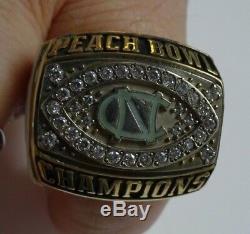 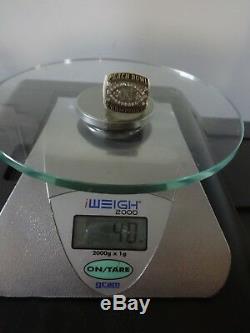 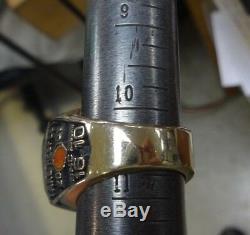 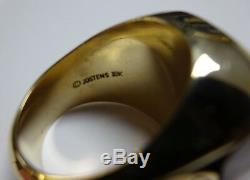 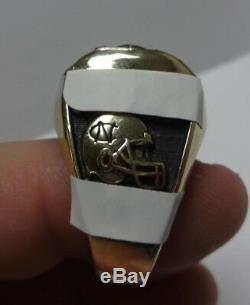 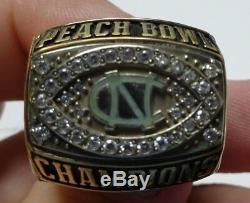 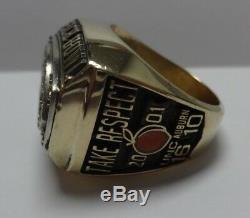 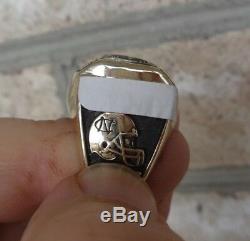 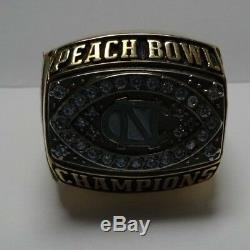 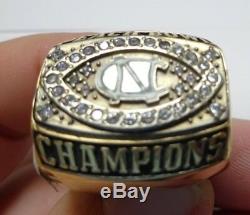 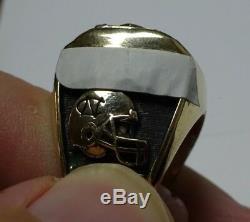 2001 North Carolina Tar Heels Peach Bowl CHAMPIONS CHAMPIONSHIP RING. This is not his ring obviously, but this is the team that Julius Peppers played on his last year at UNC....

Ronald Curry and Darian Durant were quarterbacks on the team and Willie Parker was a running back. Jeff Reed was the kicker and had a good pro career.

40 grams, and is made by Josten's. The ring says Peach Bowl Champions on the face. On one side it says the player's last name, has a football helmet, and shows their position and jersey number. On the other side it says Take Respect, 2001, and UNC 16 Auburn 10. Feel free to ask any que stions.